What makes a True Leader ? 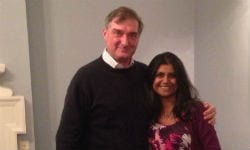 When Burton Hospital asked me to go far away to attend a residential leadership course, I should have been thrilled.  With a busy clinical schedule it was the last thing on my mind! But I have to admit it was amazing to meet two ‘true leaders’ – Admiral Sir Trevor Soar and Nigel Allfrey. 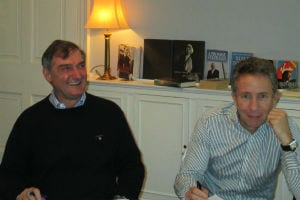 The three days I spent there, gave me time to reflect on my role within Burton Hospital and how I could learn about leadership, inspire and do more for my patients. Perhaps in time, even become a true leader!

One of the best things I learnt about was how other people saw leadership. For someone like Sir Trevor leadership is a passion.

“Leadership is part of my make up from the day I joined the navy to what I do now. It is absolutely important in everything we do, every day. It is not something you can switch off. You need to have leadership predominant in your life,” explained Sir Trevor.

Admiral Sir Trevor Soar spent 37 years in the Royal Navy starting out as a very junior midshipman and reaching the highest rank in the service as an Admiral. His final command was the entire Royal Navy and the Royal Marines (36,000 people) as Commander-in-Chief. He was NATO Maritime Commander and the first Chief of Material (Fleet) in the Defence Equipment and Support organization (28,000 people). His time is much in demand amongst his many roles including Chairman of the Leaders Club, whose motto is ‘Bringing Great Minds Together’. 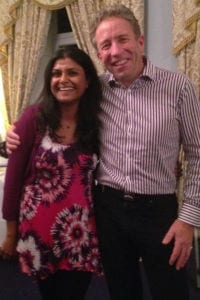 Sir Trevor has joined forces with Nigel Allfrey, whom he originally met in the Navy, and established a Trueleader company. Nigel spent 9 years in the Royal Navy, and left to spend more time with his children. He has over 24 years’ experience in the field of executive development focusing on leadership, facilitation and skills building for well-known brands such as Cadbury, Pepsico, Asics, Philips and many others.

After 18 months of deliberation, these two people have developed a leadership model which encompasses the whole person. The true leader takes actions with high energy and commitment (heart) which motivates and empowers individuals (hands) and teams (arms) towards a common goal and vision (head). They see leadership as a series of sprints and at any one time the leader can instantly diagnose the energy and commitment of the team in relation to the activity and capacity, and adjust accordingly (legs).

Nigel feels that we all need to be leaders and tells me that “Leadership is the single thing that makes the difference. You put it as a focus. It is extraordinary what can be achieved. It is the biggest thing you can do in life”.

He further adds that “if you are good to people and help them, it makes a difference. It helps them to realise their potential.  These positive values backed up by high professional standards in leadership training is what keeps us on the positive path”.

I got to spend a few days of quality time with nine of my consultant colleagues from many different specialties, which was fantastic. It made me realize how much strength there is if we all unite towards a common purpose.

So I asked Sir Trevor and Nigel what their greatest achievements were. Sir Trevor described how, as Commander in Chief, he convinced NATO which comprises of 27 nations that when they reduce their maritime headquarters from three to one, they should base their maritime HQ in the UK. UK was not interested and took some convincing. Eventually Sir Trevor managed to overcome political reservations and made UK a maritime nation out of all the NATO countries. He has secured something that will last forever.

Conversely, Nigel wanted to be a challenging parent, but never a dominating parent. He wanted to motivate his children so that they were secure in themselves, and make them adults ready for their real world outside. “I think if we had one in ten leaders in this country, we could literally take the world by storm. It is the single thing that makes a difference. If you trust people, they deliver”.

Having learnt so much I would like to thank my employers for giving me the opportunity to be a better leader.