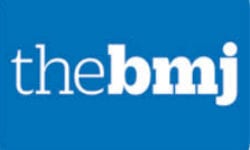 A blog to expose some of the worst examples of sexism in Hollywood has become an enormous hit simply due to the incredible number of contributions; all remaining anonymous because of “fear of retaliation.”

Published on the canvas of the social media platform Tumblr, the blog, “Shit People Say to Women Directors” is taking the film industry by storm and has generated an astonishing amount of social media controversy. It is not just a Hollywood phenomenon. It exists in many areas and most aspects of life.

So is medicine any less sexist?

The BMJ seized an opportunity to explore similar issues in healthcare by asking readers to send in their views. The responses were eye-opening and could cause an outcry within the profession. But should we really be surprised? This may be 2015, but it seems that the medical workplace is rife with unwarranted sexual attention and demeaning words used to disempower and discredit the work of female doctors.