The ‘Game Changer’ of Prostate Cancer 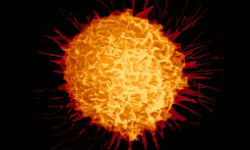 Nine out of ten men with advanced prostate cancer – an incurable and fatal disease – could soon be treated with new or existing drugs following a pioneering study that scientists have called the “Rosetta Stone” of prostate research reports The Independent and other news sources.

For the first time, researchers have identified the genetic mutations linked with the spread of prostate cancer around the body and have found that up to 90 per cent of them are potentially treatable, which could extend the lives of thousands of men with advanced disease.

“This is a game changer. It’s really going to alter the way we deal with this lethal disease. It’s as if we’ve taken a prism to the white light of advanced prostate cancer and produced a rainbow of colour,” said Professor Johann de Bono, one of the leaders of the large international collaboration that carried out the work.

Prostate cancer is the most common cancer of men with more than 40,000 new cases diagnosed each year in the UK. Although it can be cured if caught in the early stages of the disease, once it spreads beyond the prostate it can only be managed with hormone-suppressing drugs and for a limited time.

Professor de Bono of the Royal Marsden Hospital and the Institute of Cancer Research (ICR) in London compared the new research to the discovery of the famous Rosetta Stone that allowed historians to translate the meaning of Ancient Egyptian hieroglyphs by comparing them with the text of other known languages.

“We have for the first time produced a comprehensive genetic map of the mutations in prostate cancers that have spread around the body. This map will guide our future treatment and trials for this group of different lethal diseases,” Professor de Bono said.

“We’re describing this study as prostate cancer’s Rosetta Stone because of the ability it gives us to decode the complexity of the disease, and to translate the results into personalised treatment plans for patients,” he said.

Read more in The Independent