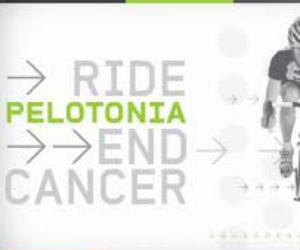 It is so wonderful to see people participating in all kinds of fund raising activities to raise money for worthwhile causes.

Recently, with the magic of digital media it is so easy to connect to any cause and support those who are actually proactive to make a difference. One such person is Yagnesh Shah who will be participating in the Pelotonia bike ride to raise money for cancer research. Yes he is related to me, but when family members are working hard to make a difference I have no worries about plugging their name on www. You probably would have seen my previous articles on the stark statistics on cancer, so it is imperative that people from all walks of life help raise funds for good causes.

Yagnesh will be doing a 50 mile ride to raise money for the battle against cancer. Last year he rode 25 miles by bike and raised $1386. This year he has doubled the distance and let us hope he raises even more funds for the toughest health battle of our generation.

Yagnesh who works for Ascena Retail Group supporting their IT retail merchandising system, lives in Columbus, the capital of the state of Ohio in the USA. He will be riding through an innovative programme named Pelotonia which was established in 2008 to fund life-saving cancer research. Pelotonia raises money through a 3 day cycling experience, entertainment and volunteerism. So far the project has raised more than $82 million for cancer research. All the money raised go directly to fund cancer research at The Ohio State University Comprehensive Cancer Center—Arthur G. James Cancer Hospital and Richard J. Solove Research Institute. The administration costs are paid though generous benefactors.

It would be worth replicating such a programme elsewhere. Perhaps it is and someone will remind me. In Britain we have various programmes. One of the most well known one being Race for Life for Cancer Research UK which hopes to raise £50 million this year. It too has raised over over £0.5 billion in the last couple of decades.

As for Yagnesh, he humbly asks people to support him by donating whatever people can. He says “its not the amount, but the thought that counts.”  So please get involved by either supporting Yagnesh, or even fund raising yourself and be inspired and inspire others. We are all in it together. Good luck Yagnesh,